Over the last two years I've tried or owned a few monofins. They are all nice fins but steady improvements over time. The Hyper Pro was my favorite (where I did 150 meters with once) until I received my new Waterway Glide last week. The Triton fin was nice for it's footpocket fit and better angle (compared to the Hyper Pro) but way to hard for me.
I've made some pictures of a little experiment. I would be sitting on the floor with my legs and ankles as straight as possible. Then I'd put as many dvd covers underneath the end of the fin until the top of stack would touch the fin. Now, the Waterway scores best but I have to redo the test with a friend's (WW) monofin because I think I remember that his fin would almost touch the floor. Anyway, these are the results...
Leaderfins Hyper Pro (23 dvd covers) 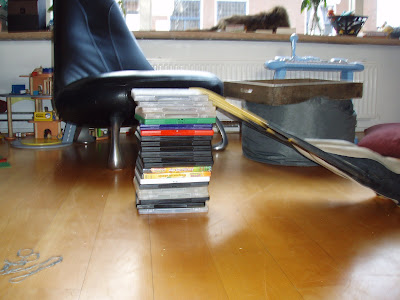 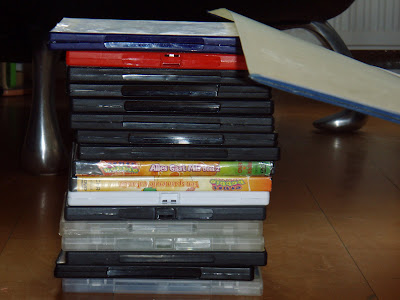 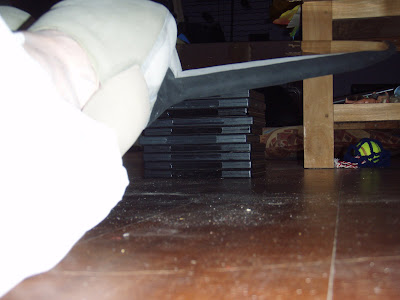 BTW I've added 0.5kg between the footpockets to make the fin neutral at 1 meter. 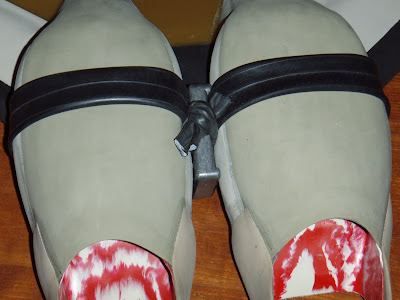